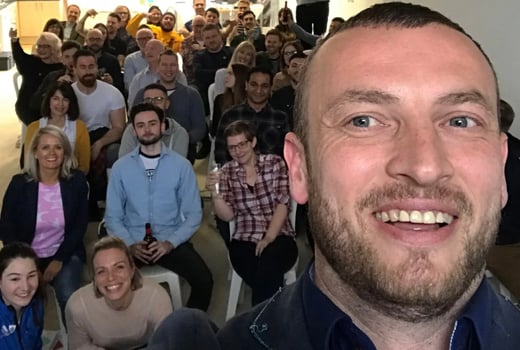 Of these it’s impossible to say how many are ‘selfies’, but it’s fair to say that twenty years ago no one had heard of the term. Whether we like to admit it or not, we’ve all probably featured in a selfie at some point in our lives. It’s become the norm to mark a special occasion, holiday or just a day when you’re really feeling yourself.

So much so that 21st June has become National Selfie Day and in celebration we’re taking a closer look at the worldwide phenomenon that has become part of everyday life.

Where did it all start?

The word selfie was first used by an Australian man in 2002. Nathan Hope had been on a drunk night out with friends which ended in him needing stitches in his lip. He decided to share his injury via the worldwide web and included the caption ‘sorry about the focus, it’s a selfie’. Just like that a trend was born.

Though there is an argument that the selfie has been around a lot longer than 17 years. For example, famed artist, Vincent van Gough, painted more than 30 self portraits in the late 1800s and a young man from Philadelphia called Robert Cornelius unwittingly took the first photographic selfie in 1839.

Is the selfie here to stay?

It’s safe to say it is. Not only does it have its own national day but in 2013 the word selfie was added to the Oxford Dictionary to further cement its place in popular culture. In 2014 it was even crowned ‘word of the year’ by the Oxford Dictionary and that was also the year arguably the most famous of selfies was taken. A group of A-list celebs huddled together at the Oscars and Ellen DeGeneres captured the moment and shared it via social media, to date it has been retweeted over 3.2 million times and liked more than 2.3 million times on Twitter alone.

It’s fair to say the selfie is here to stay, so here are some of our favourites!

Building trust in a personalised world

6 top tips to make your Christmas content stand out

Get the latest news and views from Big Brand Ideas